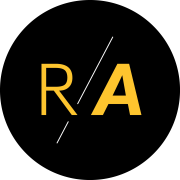 It was another Russian ballerina, Agrippina Vaganova, who revolutionized the art of ballet with the technique that bears her name.

Vaganova graduated from the Imperial Ballet School in St. Petersburg, Russia, in 1897. (The company and its affiliated school are now known in the U.S. as the Kirov Ballet and the Vaganova Academy of Ballet, whereas in Russia, they’re known as the Maryinsky.) She danced with the Imperial Ballet while Marius Petipa was the company’s ballet master, but after nine years, left the stage for the classroom. Her first pupil to receive widespread recognition was Marina Semenova, with Galina Ulanova, Irina Kolpakova and numerous other Russian prima ballerinas soon to follow. Today, many schools boast Vaganova training, the most prominent being the Vaganova Academy of Ballet in St. Petersburg and its sister school, the Kirov Academy of Ballet in Washington, DC.

Yuri Grigoriev, whose school in L.A. produces gorgeous Vaganova-trained dancers (see DS March cover girl Lilit Hogtanian and Jodi Labowe, pictured), was trained by Nicolai Tarasov, a famed contemporary of Vaganova’s, at the Bolshoi Academy in Moscow. “Vaganova was extremely bright,” Grigoriev says. “She took from the best training at the time and created her own syllabus.”

As a dancer, Vaganova was lauded for her strong jumps and elegant technique, but she wasn’t an emotionally expressive dancer. This criticism influenced the marriage of intricate footwork and artistic expression that encapsulates her technique. Vaganova incorporated a clear progression of difficulty in class. She was extremely detail-oriented, to the point of being obsessive. “She had a specific thing that she would work on each day,” says Grigoriev. “She would do one barre for a month.” Where she saw weaknesses in the center, she would connect it back to the barre. Building strength meant repetition, repetition, repetition—no choreography until center. Here are a few things Vaganova never tired of emphasizing:

Tendu: Vaganova believed this basic step was the foundation of all of classical ballet. “One of my teachers from St. Petersburg would say that you could do a dissertation just on tendu alone, and how it affects the entire training,” remarks Grigoriev. The foot leaves a perfect first position, massaging the floor with the ball of the foot and leading forward with the heel.

Épaulement: “Vaganova épaulement is characterized by the harmonious shapes attained by the torso, arms, head and even direction of the eyes,” says Edward Ellison, the artistic director of Ellison Ballet–Professional Training Program in NYC who studied pedagogy at the Vaganova School. He feels that the Vaganova technique’s most prominent features are the sculptural balance created by the épaulement, and the expressiveness and expansiveness of Vaganova’s port de bras. Focusing on clear épaulement not only builds strong technique, but also helps dancers grow stylistically. The upper back, from which all movement of the torso originates, should be supple. Also, starting out with a square port de bras gives dancers a solid foundation in order to allow expansion of the chest and freedom in the arms as a mature performer.

Jumps: Because she loved to jump, it’s only natural that Vaganova focused on ballon. Synchronizing the port de bras with the movement of the legs creates explosive jumps, while the demi-pliés that begin the warm-up reappear to give the dancer power, lift and a solid landing. “Although known for their exquisite beauty, the arms are not limited to mere decorative purposes,” says Ellison. “They are carefully studied to be functional as well.” The arms should always relate clearly to the positions and coordinate with the movement of the legs. In a grand jeté, for example, the arms move purposefully through first position and lift in time with the grand battement of the leg, propelling the body forward. The landing in arabesque is anchored by the arms, as they lower to the arabesque line with the plié of the front knee.

The way that Vaganova incorporated the best of the best in the development of her technique has not stopped—with globalization inevitably comes stylistic influence. While Vaganova’s hallmarks may seem applicable to many (or even all) of the other ballet techniques, it’s important to remember that various styles, from Cecchetti to Bournonville to RAD, were inspired by each other. And, many directors today don’t want to see an extreme bias toward one style; they’d rather be dazzled by a strong foundation on top of which any style can be placed. Even for a dancer who hopes to join a classical company, the ability to perform all kinds of classical and contemporary movement is imperative. So as it becomes more difficult to tell specific styles of ballet apart, it is Vaganova’s pioneering philosophy, her insistence upon a fully engaged class where every step is meaningful, that immortalizes her technique. 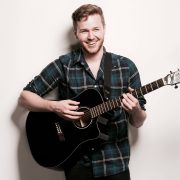 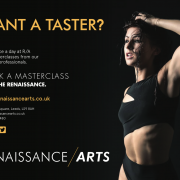