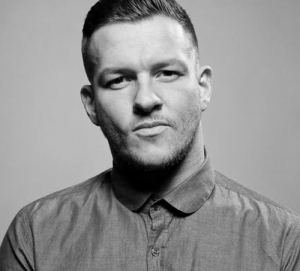 Television credits include; ‘London 2012 Olympic Closing Ceremony’, ‘The BIg Reunion’, ‘Dancing On Ice’, ‘So You Think You Can Dance’, ‘Tonight’s The Night’, ‘The X Factor’, ‘Stars in their Eyes’, ‘Simply Musicals’, ‘Making Your Mind Up’, ‘An Audience with Coronation Street’, ‘Eurovision’, ‘Celebrity X-Factor’, ‘Russian Pop Idol’, ‘Bustamove’, ‘Children in Need’, ‘Soapstar Superstars’, ‘The Eurovision Song Contest’ , ‘The Royal Variety Performance’ and many more.

He has completed World and UK Tours for ‘The X-Factor’, ‘Spirit of the Dance’, ‘Disco Fever’ and ‘The Full Monty’ and his corporate and catwalk experience extends to working for Adidas, and O2 to name a few.

James is fast becoming one of the most sought after choreographers in the UK, choreographing for TV, fashion and the arena stage.

Industry-based classes taught by established lecturers currently working as performers, choreographers and directors. We are extremely proud of both our permanent and guest faculty for providing a challenging yet highly rewarding day for all students involved. This is the perfect open day opportunity for students who wish to experience a day in the life at R/A college.

This is a perfect opportunity to experience a day in the life at Renaissance Arts. Classes are taught by Industry professionals working as performers, choreographers and directors, with November’s masterclass featuring Commercial Dance faculty member, Mark Webb, alongside RA Directors Stillie Dee and Martin Howland.

*Masterclasses also includes Ballet & Jazz from the Renaissance Arts directors. The perfect opportunity to come in, meet some of our faculty and sample a taster day at Renaissance Arts.

*Classes will be split into appropriate age groups and ability, minimum age 12+ Masterclasses are aimed at performers with an existing strong dance background, looking for an extra challenge. Classes will be pitched to advanced professional standard.

What age group is it aimed at?

There is no specific age range though due to the advanced nature of all classes we teach at R.A we do recommend that attendee’s be mature enough to deal with free-classes and multiple combinations/routines being taught throughout the day. Students therefore tend to be around 12-13yrs and upwards.

What types of classes are taught throughout the day?

The day will always contain a Ballet class, a technical Jazz class and a Vocal lesson taught by the Directors of R.A, Martin Howland, Stillie Dee & Neil Rigg. The remainder of the day is opened up to the ‘Industry Guest Lecturer’.

The “Scholars” runs every other Sunday and is for 11-18 year olds.

What do the guest lecturers feature?

On each Masterclass R.A invites an industry professional who is actually working to share their experiences with us. They might be a performer, choreographer or a director who will teach methods, routines or choreography from their particular area of expertise.

Do you have to audition and how do you apply?

No, that’s why it’s an “Open” Masterclass.

So what type of shows have these guest lecturers worked in/on?

We have had cast members from Cats, Sister Act, Hairspray, Legally Blond, Phantom of the Opera, Footloose, Never Forget, Chorus Line & Top Hat. Several of the U.K’s top commercial   choreographers have also lectured at our Open Masterclass as well as several elite contemporary dancer/choreographers. We have also been fortunate to have performers from Mathew Bourne’s ‘Adventures in Motion Pictures’ lecture.

How do I book my place?

To book onto the next “Open Masterclass” is easy just click here. Once you have received payment confirmation you will be emailed your schedule and further information for the day.

What should I wear for the day?

Please dress appropriately for ballet, jazz, contemporary and musical theatre. Fitted dance wear is preferable. Trainers or jazz shoes can be worn for the commercial lesson. Please dress in smart-casual attire for the vocal lesson.

WHAT ARE YOU WAITING FOR?